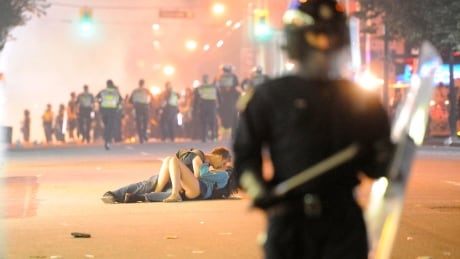 Ten years after the streets of Vancouver were flooded with rioters after the Canucks lost Game 7 of the Stanley Cup final, Ian Hanomansing talks to the former police chief about that night and the role cellphones played. He also catches up with a couple who went viral after being photographed kissing on the ground.